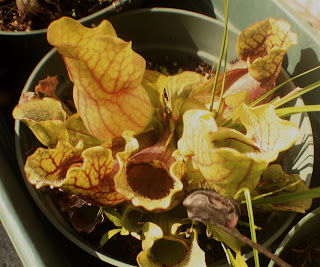 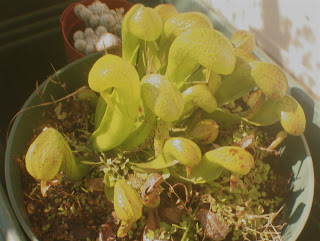 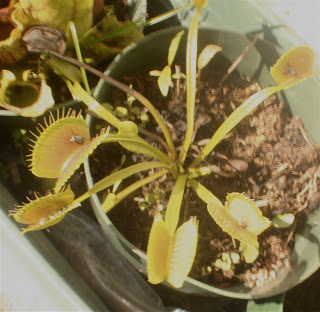 Some of flies with their outer shells seem like they have not even been digested but that process went on inside their bodies. (see the one at 9 o'clock)
A surprise greeting me when one trap opened again. Their were two flies in one trap! I could not take a decent picture of it before the rain came (trip is at the left bottom around 7 o'clock).
Posted by Dr. Eric Flescher (dreric1kansas@aol.com) at 6:11 PM